Those were the words of Beaver Falls City Manager Charles Jones, who joined Matt Drzik on A.M. Beaver County to discuss his thoughts on the death of George Floyd, whose death has sparked nearly two weeks of protests and even riots across America, and including those in Beaver Falls which Jones also provided insight into. 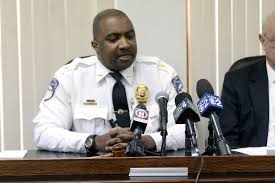 Jones, who has had 30+ years as a member of law enforcement, shared his views in regards to proper police protocol, the idea that “snitch culture” is an absurdity in the officer ranks as it is in citizen culture, and the way he believes the system between police and citizen can be repaired.

Jones also talked with Drzik about the recent demonstration that took place in Beaver Falls on May 31, commending the organizers for creating a peaceful protest and cooperating with city police to do so, and also providing insight to the protest that is to take place at Lt. Calvin Smith Park (“Cannon Park”) on June 6. He emphasized that all are welcome as long as they remain peaceful and lawful.

To listen to the full interview, click on the player below.