Skip to content
Pro-Action Suspension and Motors Added as a major sponsor of this Year’s “Run For McGuire – A Special Ride For Special People”.

The “Run For McGuire” committee is pleased to announced that Pro-Action Suspension and Motors has come aboard as a major partner in this year’s event, happening August 7, 2016. 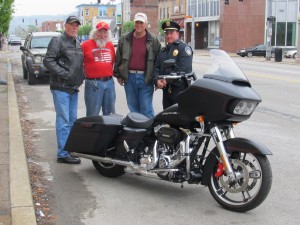 George Quay, owner of Pro-Action Suspension and Motors, along with John Harvey Don Minteer,  and Beaver Falls patrolman John DeLuca gathered next to Quay’s own customized Harley Davidson motorcycle on 7th Avenue in Beaver Falls to make the announcement and promote the ride.
Other “Run For McGuire – A Special Ride For Special People ” sponsors so include American Legion Post 474, AVVA 862, Fischer’s New Brighton Foodland,  Hyatt-Fennell,LLC, Marbull’s Restaurant and Tavern, R.A.K. Enterprises, Rochester Paving, Rochester/Beaver Lions Club, The Sabatini Family and Texas Roadhouse.  Sponsorship opportunities are still available and include Name and or logo on the back of ride t-shirts, Name mention in radio commercials,  Name inclusion in on line publicity and acknowledgement at the event.  If you would like to find out more about Becoming a sponsor, call Beaver County Radio at 724-846-4100.
Rider and passenger sign up and waiver forms can be viewed, downloaded and printed here.  Drivers are $15 and passengers are $10 and includes a picnic barbecue after the ride.  All net proceeds will be  donated to McGuire Memorial.  A limited supply of posters are available as well at WBVP-WMBA studios if you would like to have a few to pass out of hang up in your neighborhood to help promote the ride.
Interested club members/leaders are also invited to join our next “Run For McGuire” committee meeting at 9 A.M. on Monday May 16 at 9 A.M. at WBVP-WMBA  in Beaver Falls.  If interested, called Mark Peterson at 724-846-4100 to confirm your attendance.
The “Run For McGuire – A Special Ride For Special People ” registration will begin at WBVP and WMBA on 7th Avenue in Beaver falls at 9 A.M. on Sunday August 7, 2016 with kickstands up at 11 A.M. The ride will make a stop at McGuire Memorial in Daugherty Township and end with a picnic celebration at Brady’s Run Park.
See You August 7th!
Pictures from the 2015  “Run For McGuire – A Special Ride For Special People “: 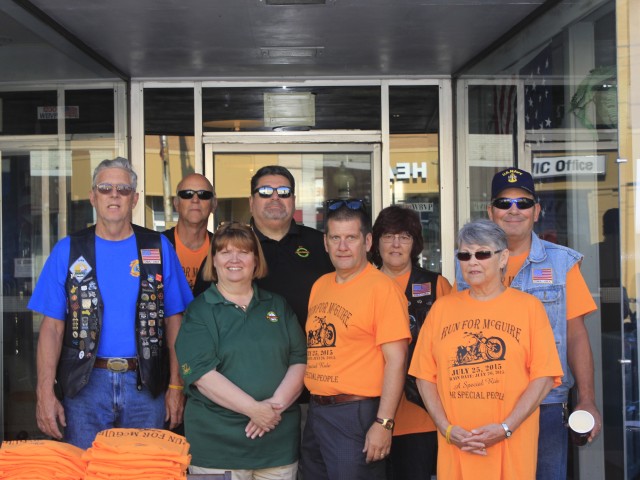 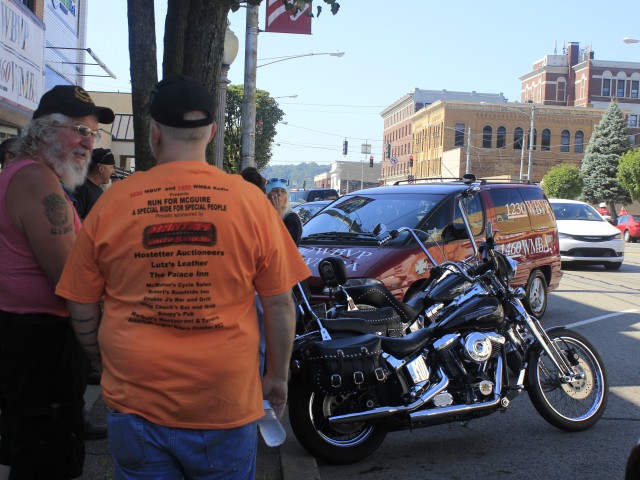 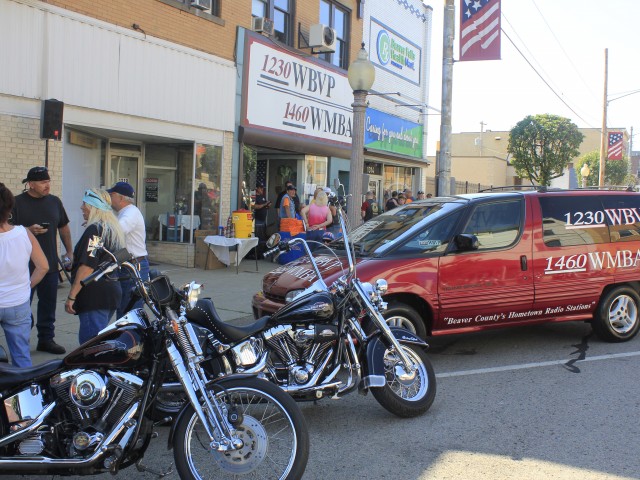 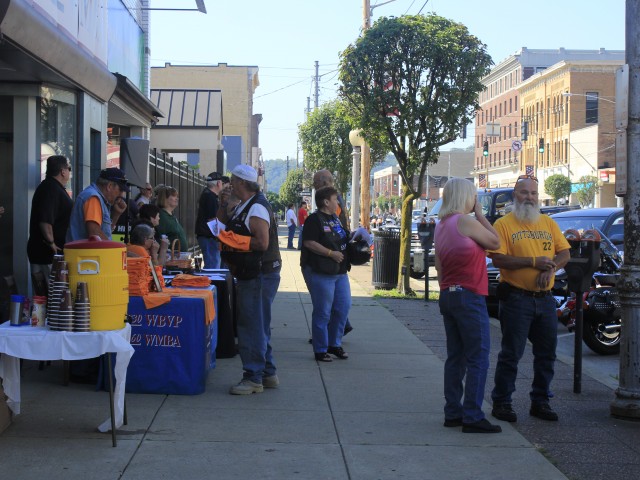 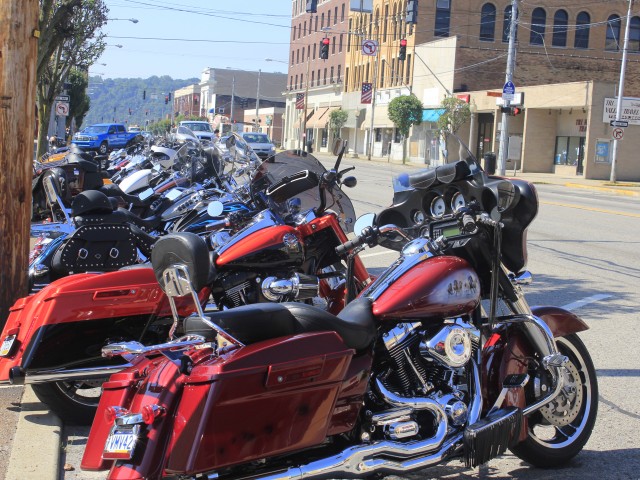 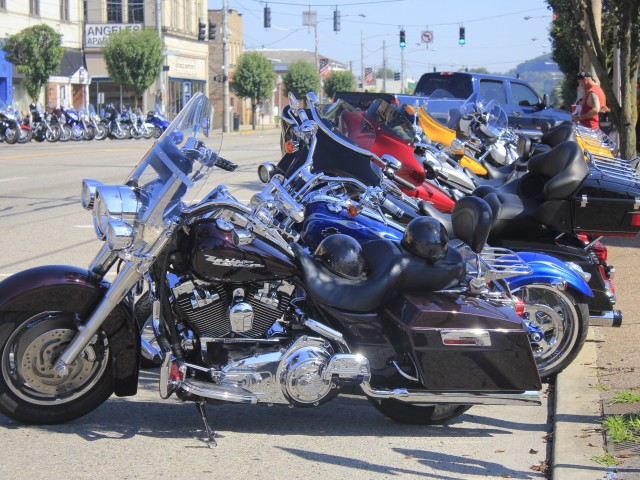 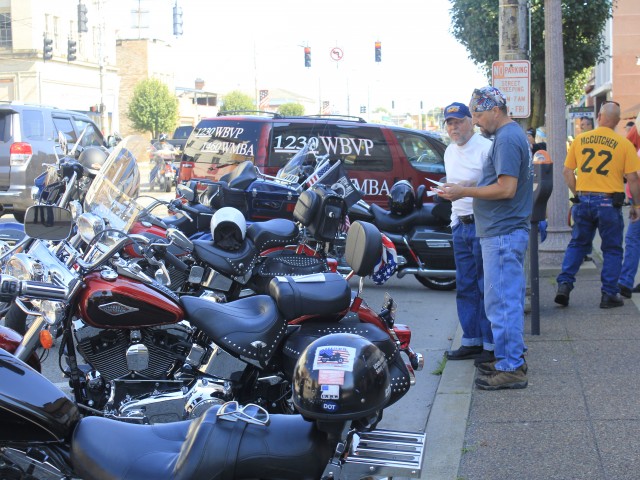 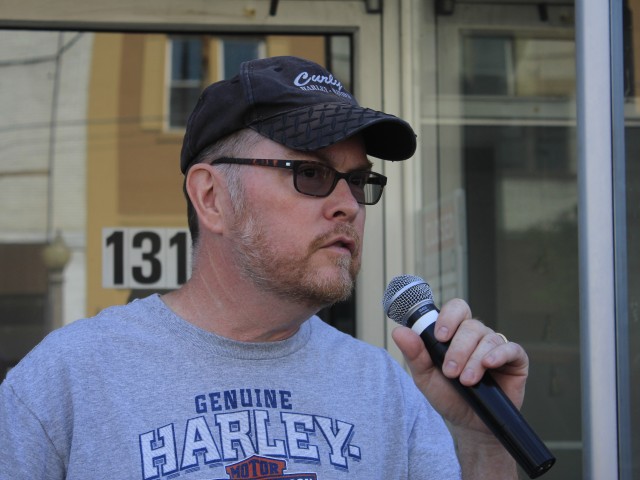 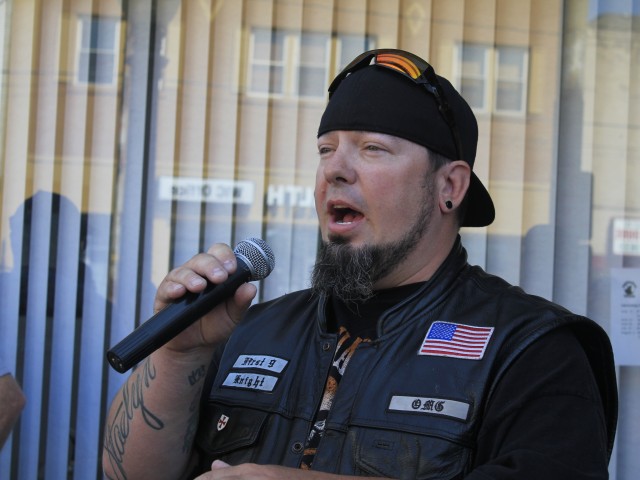 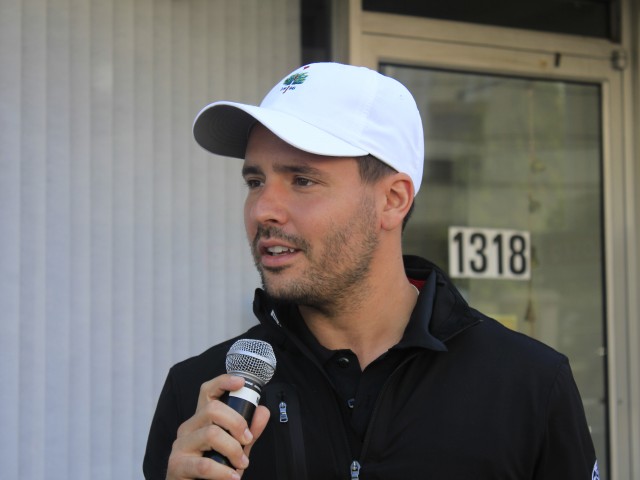 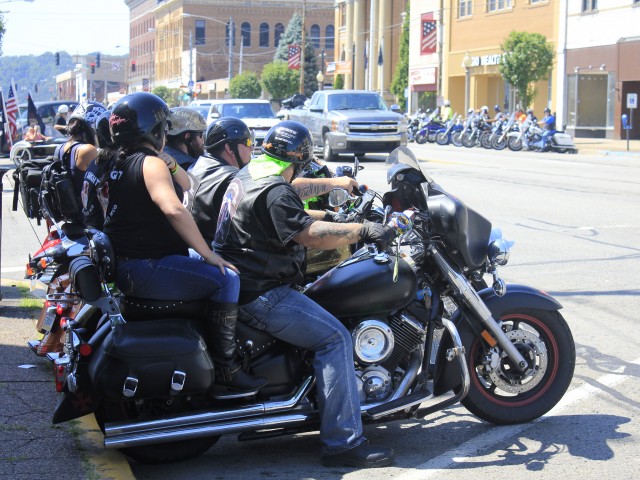 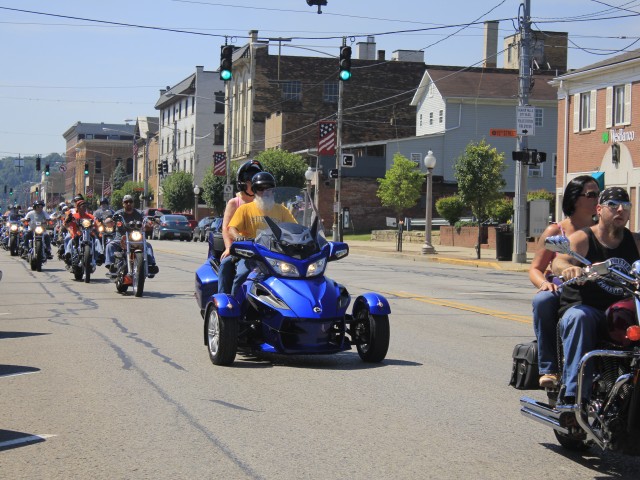 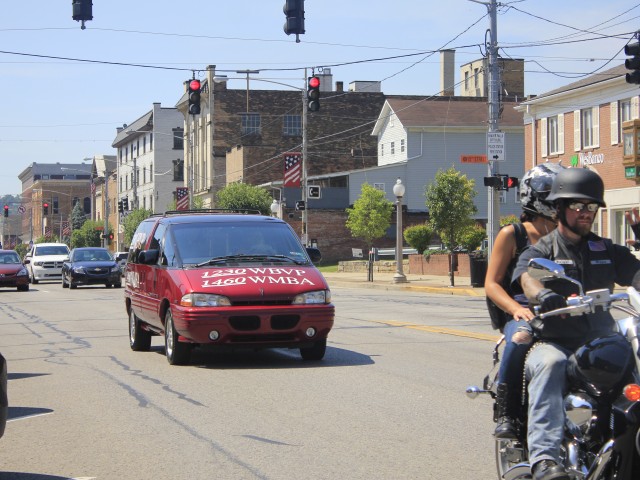 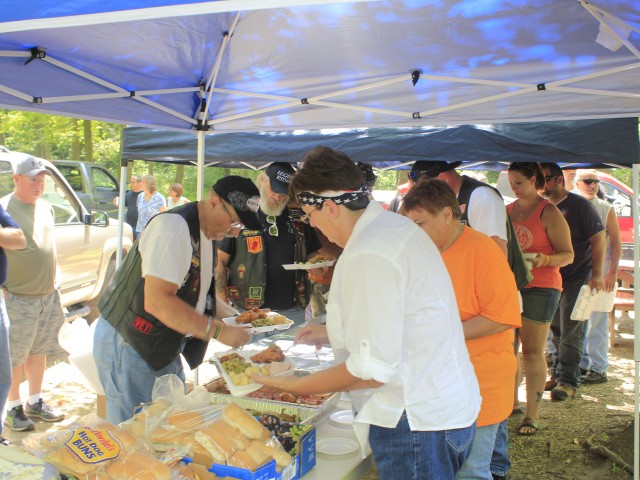 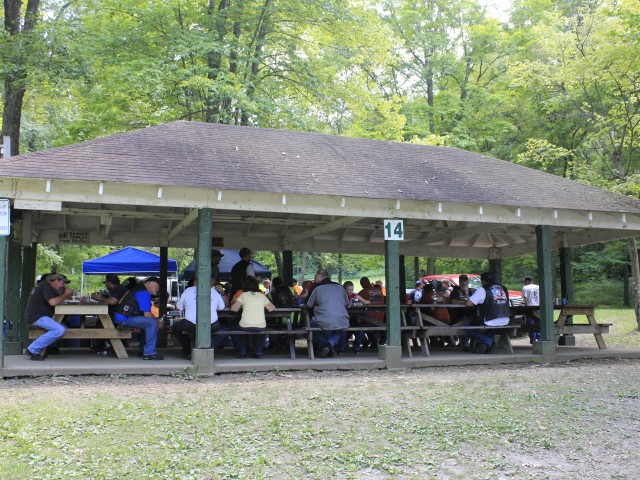 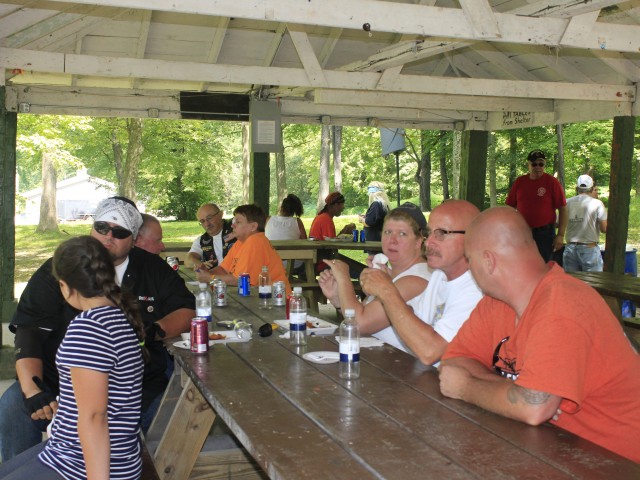 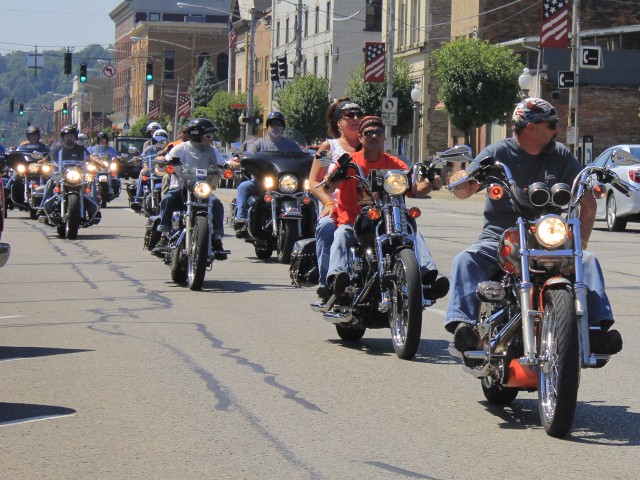 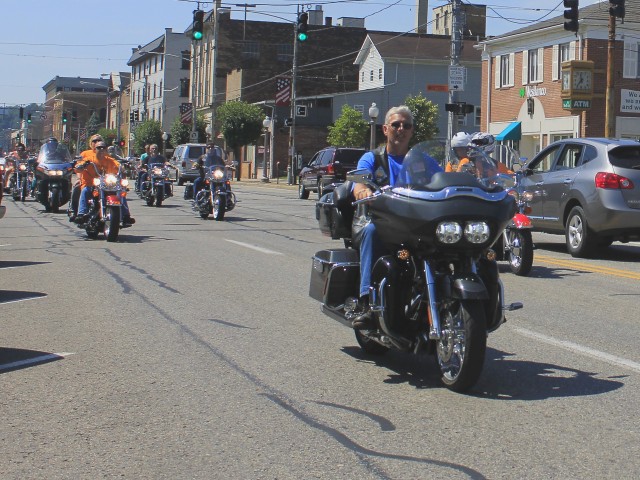 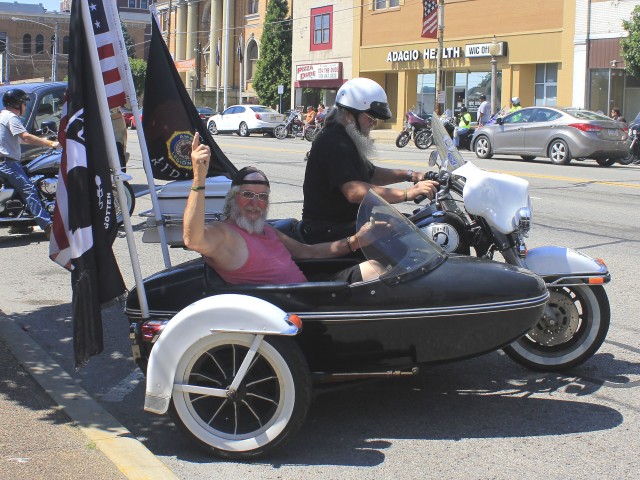 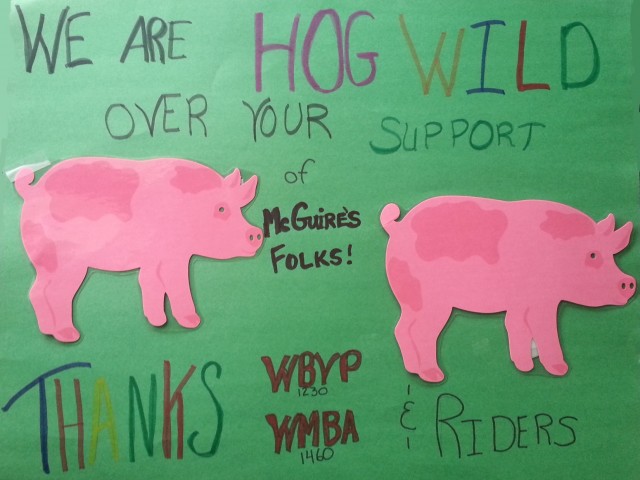