(Photo of  38-yea-old Elvin Diaz-Figueroa who was wanted in Ambridge and arrested in Santa Rosa Beach, FL. on Monday) (Photo from Ambridge Police Department Facebook Page.)

(Santa Rosa Beach, FL.) A man who is wanted by the Ambridge Police Department on multiple counts of sexual assault on a minor has been arrested in Santa Rosa Beach, Walton County, Florida by Walton County Sheriff Deputies.
38-year-old Elvin Diaz-Figueroa was arrested on Monday. He is facing charges that include 65 charges of which 20 are counts of sexual assault of a minor under the age of 13.
He was taken to the Walton County jail and is awaiting extradition back to Beaver County. Ambridge Police posted on their Facebook Page saying great job by all the officers involved. You can see that post below: 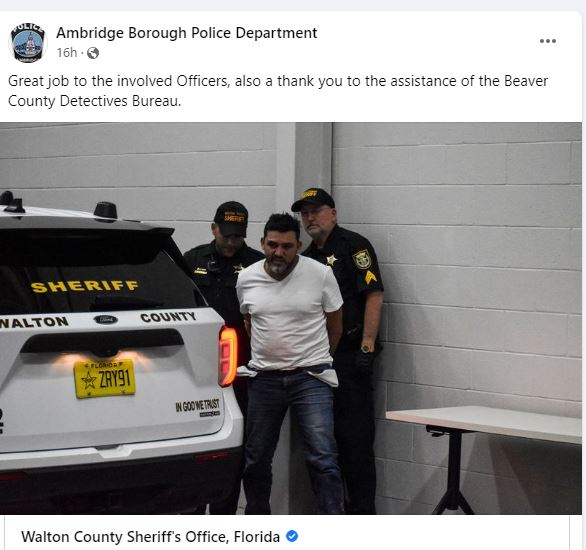