“I know Western PA. I know Beaver Falls is my home, man.”

Those words, spoken by Beaver Falls High School graduate Joe Namath, reflected the homecoming atmosphere that took hold at the Larry Bruno Athletic Complex on Thursday, September 15. The Pro Football Hall Of Fame quarterback for the New York Jets and the University Of Alabama had a life-size mural of his likeness revealed in his honor at the Joe Namath Practice Field behind the Beaver Falls Middle School. The mural was designed by artist Mike Sullivan as part of the Pittsburgh Legends Mural Series, and was presented to the high school on behalf of the Legacy Art Foundation and PPG.

Beaver Falls Athletic Director Jim Carbone was the emcee for the evening’s ceremony, and was joined by guest speakers Cindy Cook (School Board President) and Judge Rick Mancini. The Tiger Cheerleaders and Tiger Marching Band gave performances for the crowd–including “Broadway Joe”–and the players and coaches of the varsity football team were also in attendance for the honoring of their school’s most famous gridiron general. Four of those players–seniors Trey Singleton, Connor Paolucci, Thomas Tutwiler, and Jaren Brickner–joined Namath’s lifelong friend Linwood Alford to unveil the mural to an adoring crowd.

Namath himself, along with his granddaughter Jemma, were live by video feed at the event. Joe expressed gratitude toward his hometown, and acknowledged the man who first taught him great wisdom in life and in football. “Larry Bruno was a great man and a great coach,” Namath stated. “He said, ‘It’s alright to dream about things. If you don’t dream about things, they may never happen. If you dream about them, you can make them happen.’ And then I started to dream.”

Plus, he had one final command for the current Tigers, on the eve of their battle for the Little Brown Jug: “Beat New Brighton!”

Take a look at the gallery below to see pictures from the formal unveiling of the Joe Namath mural at the Larry Bruno Athletic Complex: 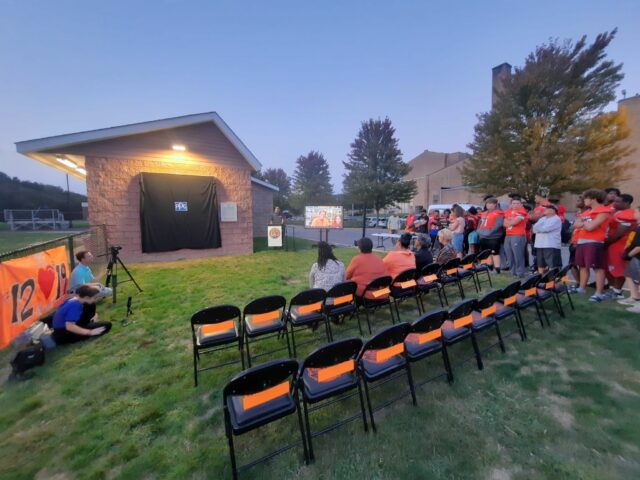 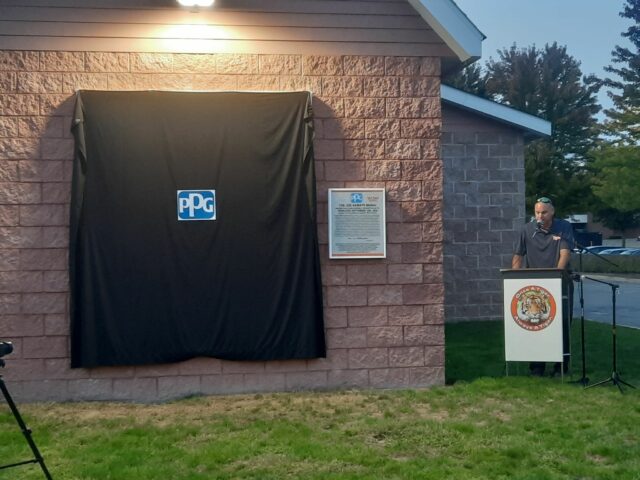 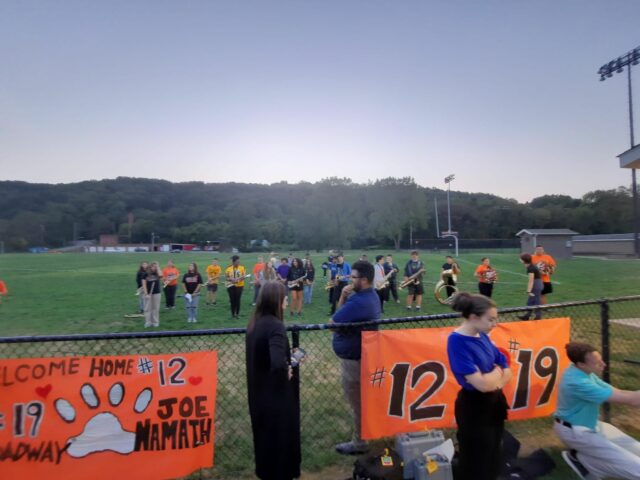 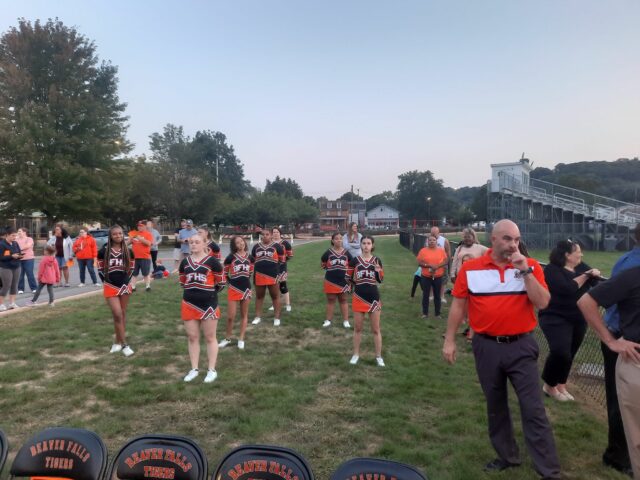 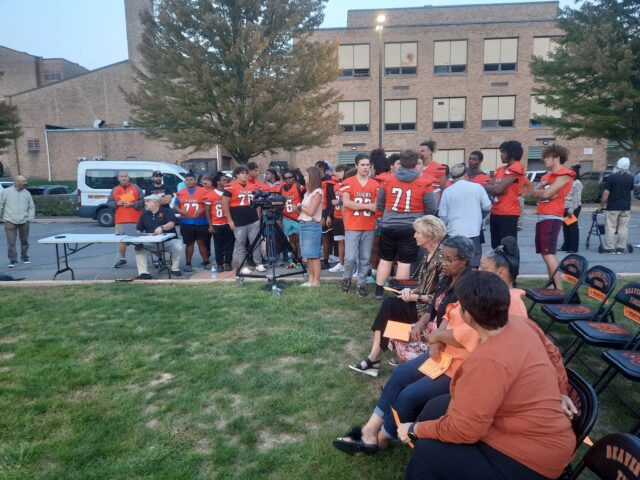 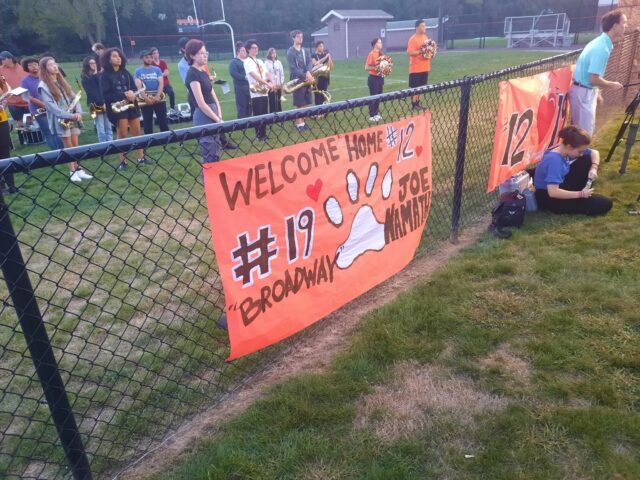 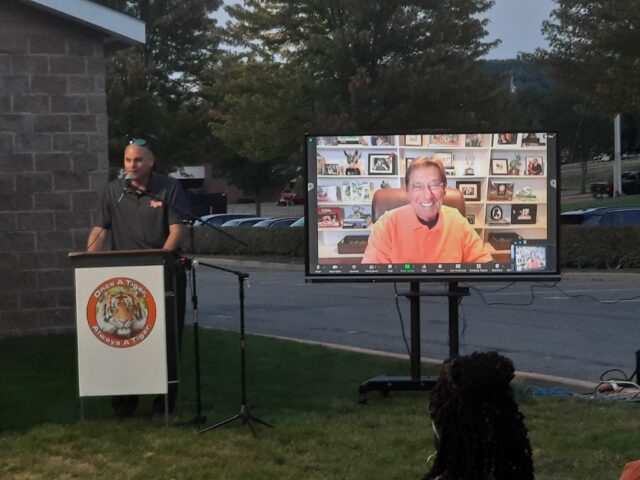 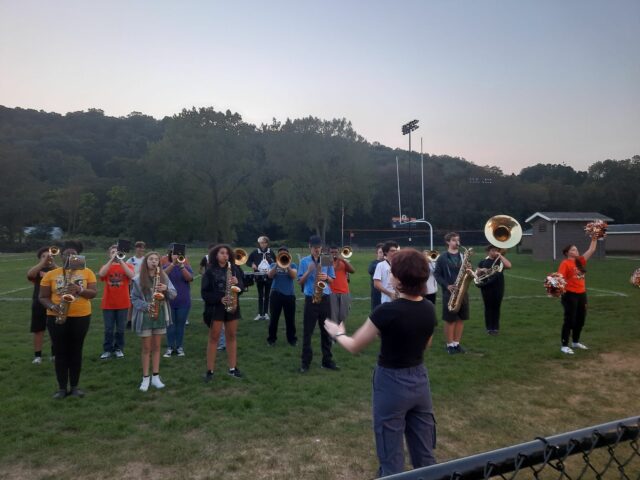 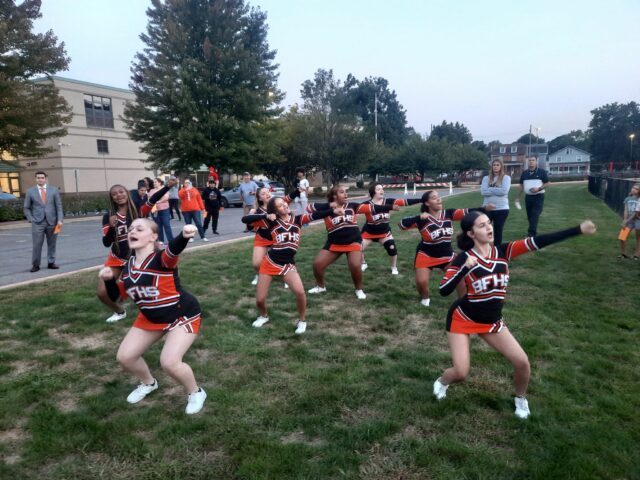 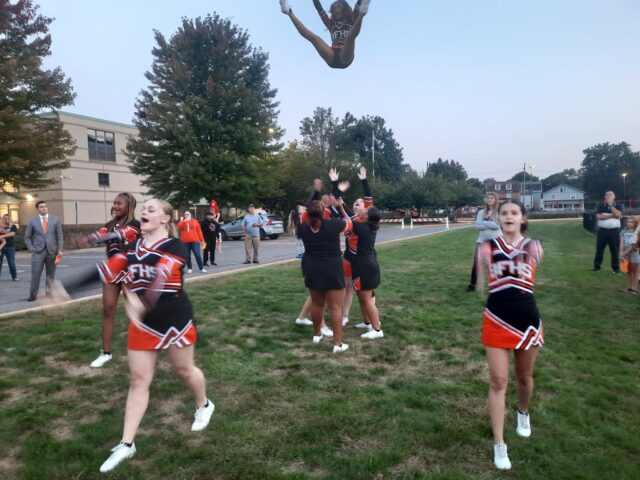 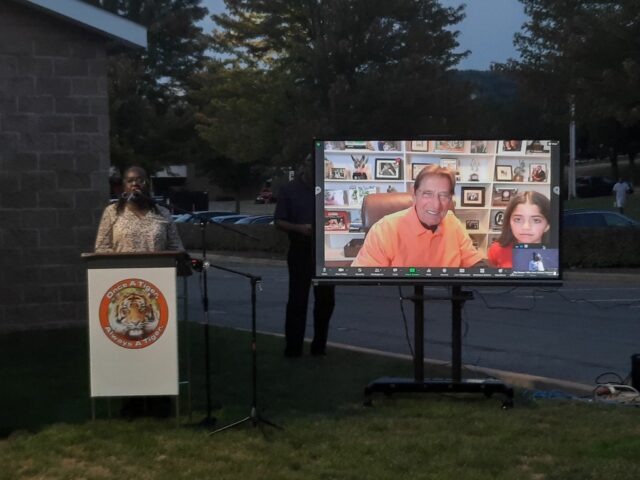 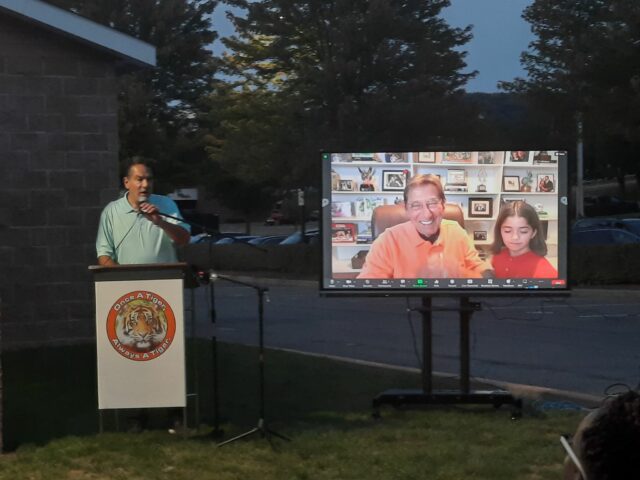 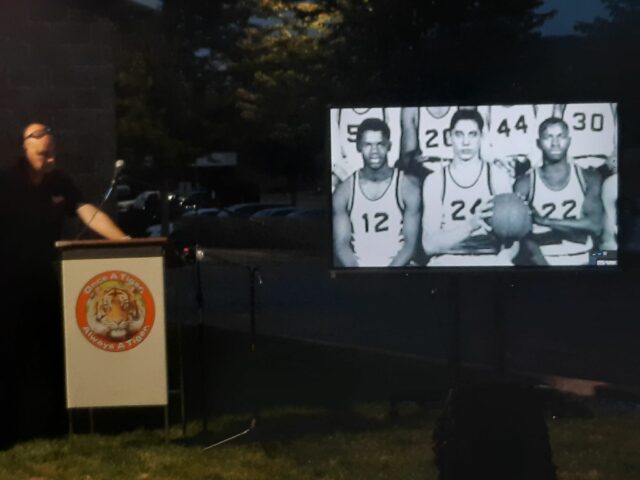 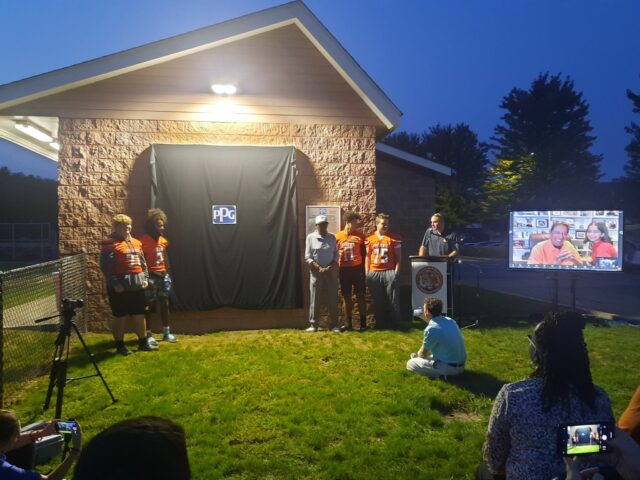 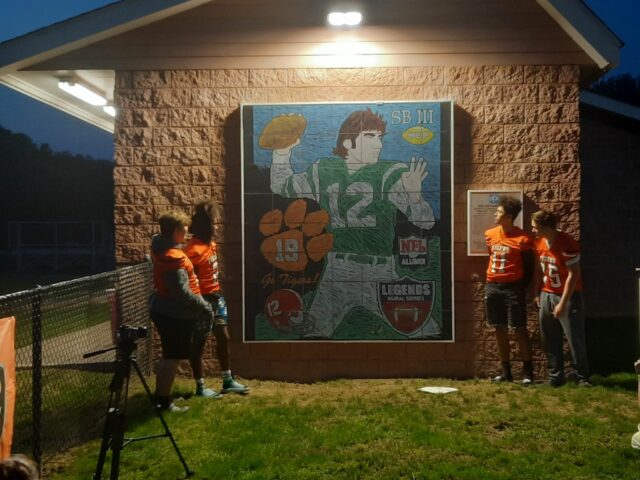 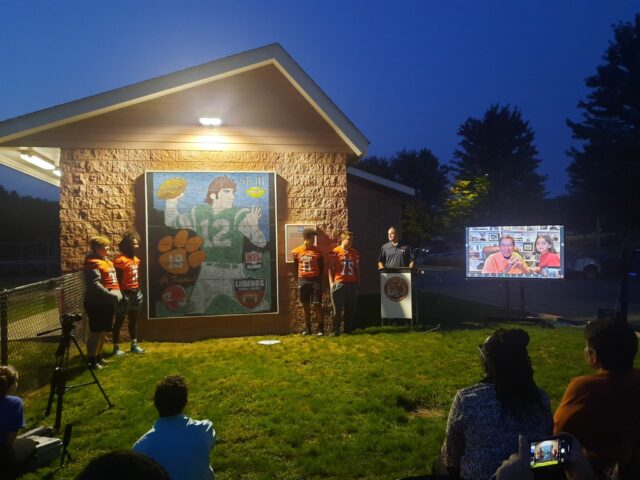 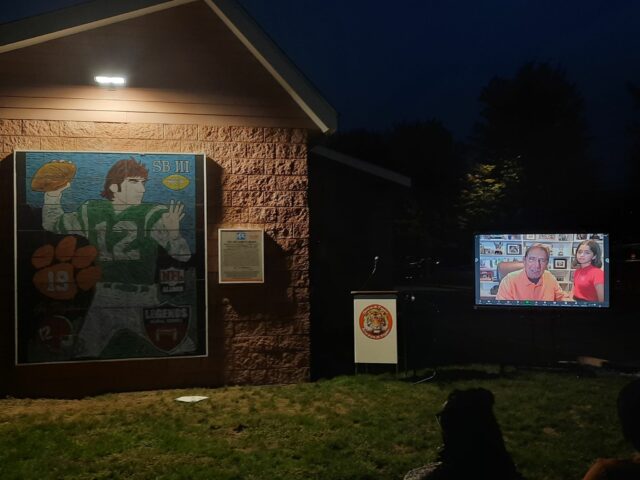 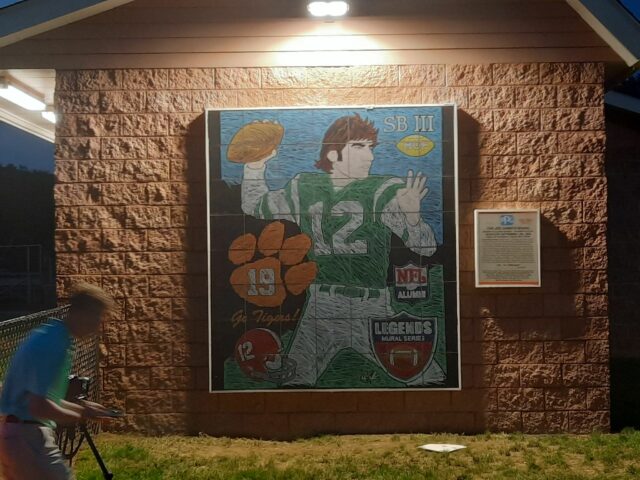 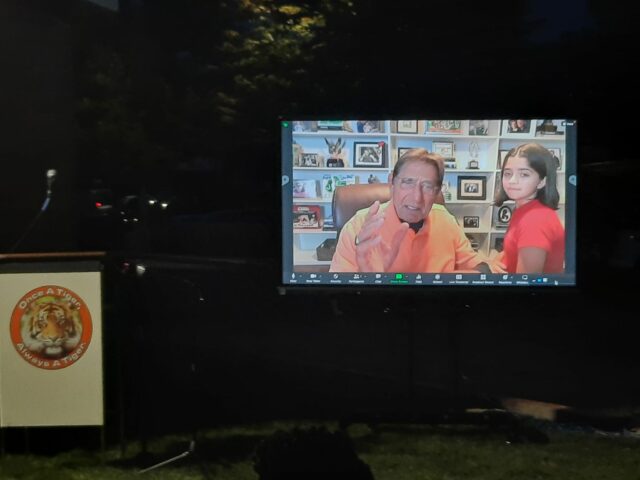 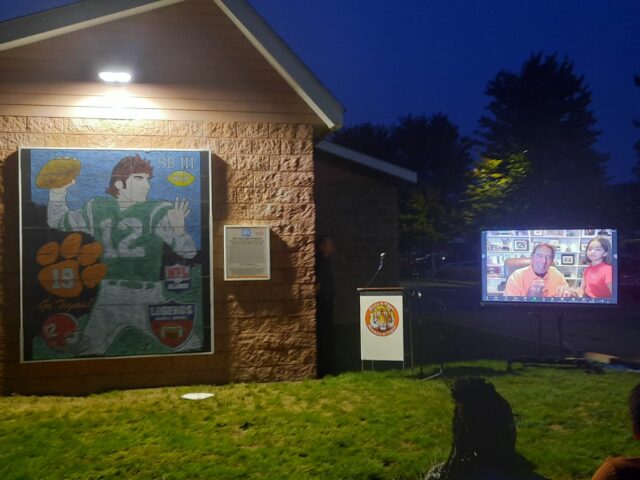