The Aliquippa Quips are only one step away from a trip to Hershey.  Friday night, their opponent will be Martinsburg.  The game will be at Hempfield  High School.  WBVP-WMBA air time is 6:30.  Kickoff is at 7.

The Penguins four game nine day road trips ends Wednesday Night in Denver. The Pens are 1-2 so far on the trip.  Their win was against San Jose a week ago.  They lost two close games over the weekend to the LA  Kings and the Ducks.  Airtime for Wednesday night’s game is 9:30.

After hanging 45 points on the on the Indy Colts Sunday Night, the Steelers have two pivotal games against Cincinnati and Denver.  The Bengals are first. The game Sunday is at Paul Brown Stadium.  WBVP-WMBA air time is 11am.  A Steelers win will move them to 8-5 and keep them in the Wild Card hunt.  If the Bengals win the clinch the AFC North and sweep the season series for the first time since 2009. 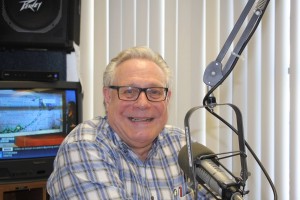 Greg says college football bowl mania isn’t what it’s cracked up to be.

It will be the Western Finals this weekend for the two remaining  PIAA Football Playoffs.  In Quad A Pittsburgh Central Catholic will face  Cumberland Valley at Mansion Stadium in Altoona.  The kickoff is Saturday at 1pm.  The Aliquippa Quips will face Martinsburg Central at Hempfield  High School Friday night. WBVP-WMBA airtime is 6:30.  Kickoff is at 7pm.   The winners of these games will advance to the PIAA Championships Decenber 18-19 in Hershey.

The Penguins went 1-3 in California. After beating  San Jose 5-1 Wednesday, they dropped a 5-3 decision  to the Los Angeles Kings Saturday.  Sunday night the Penguins got an early goal from defense man  Ollie Maatta but nothing more as  the Penguins dropped a 2-1 decision to the Anaheim  Ducks.  The Ducks got goals from Corrie Perry and the  game winner from Chris Stewart.  The Penguins are on their way to Denver for a Wednesday game against the Avalanche.  The game is on WBVP-WMBA starting at 8PM.

To nobody’s surprise, Clemson,  Alabama, Michigan State, and Oklahoma  are the four schools in the Second Annual College Football playoffs.  The semi-finals have Clemson vs Oklahoma  in the Orange Bowl. Alabama vs Michigan State in the Cotton Bowl.  Locally, Pitt will play Navy in the Military Bowl Monday December 28th at Annapolis Maryland.  Penn State will be in Jacksonville Florida  January 2nd.  They will play Georgia in the Tax Slayer Bowl.  West Virginia will play in the Cactus Bowl on January 2nd.  They will play Arizona State in the Cactus Bowl in Phoenix.

The Quips move onto the P.I.A.A. Semi-finals after escaping a serious threat from the Gremlins.