What week is it? Well, depends on the team.

It’s Week 8 in High School Football, and Matt Drzik will have the full schedule of Valley action as there’s two games left to determine who will be in the WPIAL Playoffs.

Also, at 7:20 on Friday morning, Pitt broadcaster Pat Bostick will join Matt to talk about the #23 Panthers and their big match with Clemson on Saturday.

Stay tuned, there could be more…

Future improvements include four bridge deck replacements, one bridge preservation, milling and resurfacing, preservation work on seven sign structures, installation of five new ITS signs, guide rail improvements, signage updates, and pavement marking installation. Crossovers will occur on I-79 in 2022 and 2023 for bridge deck replacement work. The majority of the project will conclude in the fall of 2023.

The prime contractor on this $26.49 million project is the Joseph B. Fay Company. Work on this project will be coordinated with other projects in the area.

To help keep motorists informed as work progresses, PennDOT has created an email distribution list for the I-79 Neville Island Bridge rehabilitation including traffic advisories and construction updates. Enroll by sending email addresses to stcowan@pa.gov. Please write “Subscribe – I-79” in the subject line.

A single-lane restriction will occur in each direction on Darlington Road through the intersections of Constitution Boulevard (Route 51) and Braden School Road from 8 a.m. to 4 p.m. Mondays through Saturdays until mid-April. Crews from Columbia Gas will perform gas line installation work. Additionally, crews will conduct overnight work from 7 p.m. to 7 a.m. as need at the intersection.

PennDOT is not involved in this work and is providing this information as a public service announcement only. For additional information contact Joe Garofalo at 724-970-7277.

A single-lane restriction will occur on Route 65 in each direction at the Sewickley Bridge from 7 p.m. Friday night continuously through 4 p.m. Saturday afternoon.  Crews will conduct concrete patching operations. Police will control traffic at the intersection of Route 65 and the Sewickley Bridge.

Work on this $3.03 million project includes milling and paving, guide rail and drainage upgrades, inlet adjustments, base repairs and ADA curb ramps improvements, signal updates, and other miscellaneous construction. Work on this project will be coordinated with other construction activities in the area including the I-79 Neville Island Bridge project.

Lindy Paving is the prime contractor.

Please use caution when traveling through the project corridor.  Work zone safety is everyone’s responsibility.

By CHRISTOPHER RUGABER AP Economics Writer
09:24 AM
WASHINGTON (AP) — The number of Americans applying for unemployment benefits fell last week to a new low point since the pandemic erupted, evidence that layoffs are declining as companies hold onto workers. Unemployment claims dropped 6,000 to 290,000 last week, the third straight drop, the Labor Department said Thursday. That’s the fewest people to apply for benefits since March 14, 2020, when the pandemic intensified. Applications for jobless aid, which generally track the pace of layoffs, have fallen steadily from about 900,000 in January.

(Photos Courtesy of Shannon’s Mom, Leigh McIntosh)
by Sandy Giordano, Beaver County  Radio News Correspondent
09:10 AM
(Beaver, Pa.) Beaver High School  senior and Brighton Township resident Shannon Witkouski, who is an accomplished  multi-instrument musician  with the PA Educators Association (PMEA) All State Jazz Ensemble has been chosen to be one of six percussionists to perform  with elite high school talent from across the USA in the 2021 National Association for Music Education’s All National Honor Ensembles Concert Band. 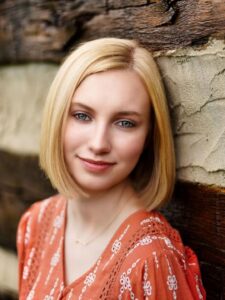 Ms. Witkouski is the daughter of Leigh McIntosh and Bill Witkouski. She said, “I plan to study  music education.”  She has submitted several applications, and  is undecided where she’ll  continue her education after she graduates from Beaver in the spring 2022.

06:55 AM
Will fund project to replace 275 lead lines with copper lines

Matzie said the new funding from the Pennsylvania Infrastructure Investment Authority will finance the second phase of a project to remove and replace lead service lines – work made necessary after testing revealed concerning lead levels in some residents’ drinking water.

“After water sampling in 2020 showed lead in residents’ drinking water, replacing the system’s lead service lines with copper lines became an immediate priority,” Matzie said. “In spring, we secured initial funding to replace 184 lines. That was a step in the right direction, but more work remains to eliminate the threat to all residents.

“Securing this additional $3 million will allow the water authority to replace 275 lead service lines, including the lines on the customers’ side. People need to be able to put concerns over the safety of their drinking water behind them, and this funding brings us one step closer to that.”

Matzie said the funding to the Municipal Water Authority of Aliquippa includes a combination of $1.9 million in grant funding and a $1.2 million low-interest loan and that without it, residents would have faced an estimated 3% increase in user fees.

In April, Matzie secured $2 million for the project’s first phase.

By MICHAEL RUBINKAM Associated Press
A Pennsylvania appeals court has heard arguments on whether the Wolf administration had the legal right to impose a mask mandate on K-12 schools and child care facilities to help prevent the spread of COVID-19. Commonwealth Court is deciding a pair of lawsuits filed by parents who contend that masks interfere with their children’s breathing and cause other problems. The state’s acting health secretary was responding to the rapid spread of the highly contagious delta variant when she ordered masks to be worn inside school buildings. The order has sparked fierce opposition among some school board members and parents.

6:49 AM
By MARK SCOLFORO Associated Press
HARRISBURG, Pa. (AP) — Pennsylvania’s highest court says people can to sue to challenge a city’s gun restrictions even if they haven’t been charged with violating them. A divided state Supreme Court said Wednesday that Firearm Owners Against Crime and other plaintiffs have legal standing to take on the Harrisburg city gun ordinances. The majority says the plaintiffs don’t have to wait until they’re charged with violating the ordinances before challenging them. At issue are local laws with criminal penalties. They include discharging a gun outside a gun range, possessing guns in parks, failing to report lost or stolen guns within two days, or unaccompanied children having firearms outside their homes.