The toils and tribulation of hard work and matches against top-tier competition can be exhausting and draining, but they instantly become worth it when the gold is earned.

With their 1-0 win over Utah in the President’s Cup finals, the Century West U15 girl’s soccer team did just that.

Head coach Chris Lantzy joined Matt Drzik on A.M. Beaver County to talk about Century West’s national championship, coming after a season that started back in March and took a year’s worth of preparation to fully achieve. Coach Chris talked about the levels of talent, discipline, and sportsmanship that these young ladies showcased while climbing the ladder towards their golden victory earlier this month.

Beaver met with Tunkhannok in State College for todays softball state championship game.  Beaver scored their first run in the second inning to take a 1-0 lead.  The next couple of innings were scoreless until Beaver scored again in the fifth.  The Bobcats had a 3-0 lead during the top of the sixth until Tunkhannok scored a run in the bottom to bring it to 3-1 going into the seventh.  Beaver scored one more run in the seventh but allowed Tunkhannok to get three runs in to tie the game at 4 and take it into extra innings.  The eighth inning went scoreless. Beaver got a run during the top of the ninth. While Beaver led 5-4 in the bottom of the ninth, Tunkhannok has two runners on base and Beaver managed a double play to seal the game at 5-4.  Beaver ended their season 21-0 as undefeated state champions. Hear the Beaver County Radio post game below with announcers Bob Barrickman and Mike Azadian. 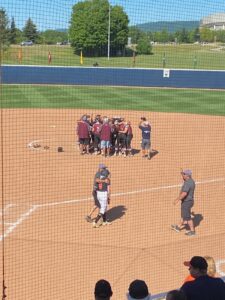 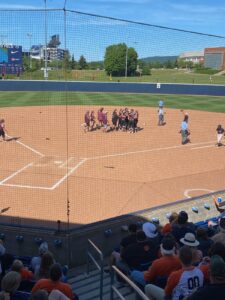 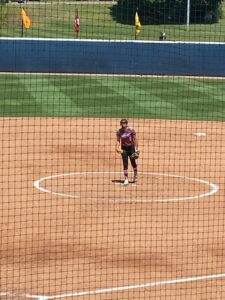 The Beaver Bobcats Softball team travelled to Mars and met multiple rain and lightning delays prior starting todays PIAA Semifinal game against the Highlands Golden Rams.  After the game kicked off, the teams went five innings with no runs on the board.  Finally, in the bottom of the sixth, the Bobcats took a one point lead followed by a homerun to get three more runs.  Beaver closed it out against Highlands 4-0 and will be heading to State College for the State Championship! Hear the post game below with announcers Bob Barrickman and Bruce Frey featuring player and coach interviews as heard on Beaver County Radio.

(Hopewell Twp., Pa.) Wednesday night was one for celebration  in Hopewell Twp. The school’s baseball team  won 6-5 in the WPIAL  championship. Police and fire officials with sirens blaring  escorted the team to the high school  where they were greeted by their  families, the faculty, fellow students, and members of the community. This is coach  Morgan  Singletary’s first season. He said he is very proud of the team. 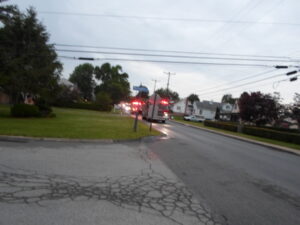 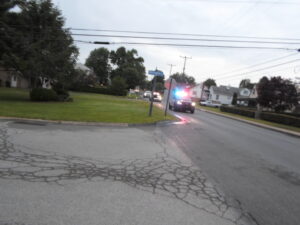 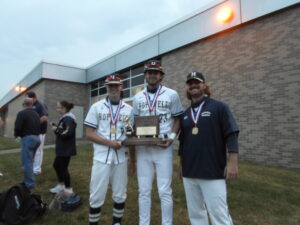 Pine-Richland has a new football coach and it’s New Brighton native Steve Campos. Parents and players packed last night’s nights school board meeting and walked away disappointed as they came to the realization that there former coach would not be coming back and by a vote of 8-1 Campos would now lead the Rams.
Campos has an extensive collegiate coaching resume but little experience as a head coach at the high school level.

Among his jobs, Campos was head coach at Bethany College from 1992-2002 and went 40-47 in nine seasons. He also coached at Memphis State, Indiana University of Pennsylvania, Geneva, University of Texas at El Paso, Marietta, Washington & Jefferson, Robert Morris and California of Pennsylvania.

Campos had a one-year stint in 2006 as the football coach at Ringgold while also working as athletic director. Most recently, he worked with Seneca Valley’s quarterbacks.

Campos is a 1982 graduate of Indiana University of Pennsylvania and earned a master’s degree in education from Memphis State in 1984. He taught at Marietta and Bethany colleges between 1991 and 1992.

Campos takes over a Pine-Richland team that won the WPIAL and PIAA Class 5A titles last season. The program is amid turmoil over the decision not to renew the contract of former longtime coach Eric Kasperowicz who led the Rams with a record of 85-18 winning four WPIAL titles and two state championships.

Beaver went up against Highlands for the WPIAL softball title. The first inning went scoreless before before managed to get a run in the second.  Beaver had a 1 run, while Highlands had no runs until the 7th inning came around. Highlands tied it up to 1-1 during the top of the 7th until the Bobcats managed to get a run in the bottom.  Beaver became the 4A WPIAL softball champion with a score of 2-1.